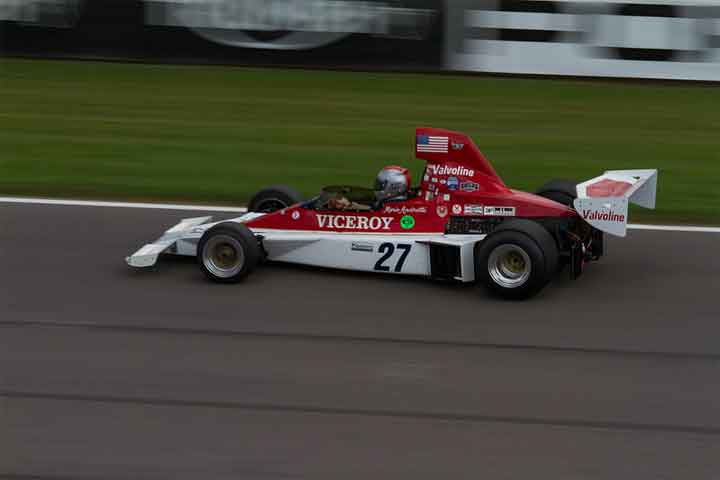 Anyone who isn’t a motor sports fan might think that all the tracks on the Nextel circuit are all just the same circle week after week, but in a different location. These individuals may also think that all that is required of a driver is to strap into a car and turn left for 500 miles. This is one of the biggest misconceptions about Stock Car Racing. Each track is different, with its own characteristics. One track may have high banking in the turns, while another may be flat. One track may have a narrow straightaway, while other tracks may have wide straightaways. There are short tracks, super speedways, road courses, and intermediate tracks. The track surface is unique to each track, as well. Some are slick and smooth. Others are bumpy and rough.

Short tracks are notorious for tempers to fly, both on the track and in the grandstands. Short tracks are less than one mile around. These tight conditions give drivers less room to maneuver, and you can count on there being contact between the cars. If you want action, the short tracks on the Nascar Nextel Circuit won’t let you down. Accidents frequently happen, and you can expect for other drivers to be caught up in the mess. Tempers are short at the short tracks.

*Bristol Motor Speedway in Bristol, Tennessee. This track is a .533-mile oval. The surface of the track is concrete, and it has the steepest banking on the circuit at 36-degree. Bristol’s nickname is “Thunder Valley” or “The World’s Fastest Half-Mile.” Getting tickets to a Bristol race can be very challenging in itself. The races at Bristol are sold out usually a couple of years in advance. You can scout for tickets through the paper, or the internet.

*Richmond International Speedway in Richmond, Virginia. This track is a .750-miles and shaped like the letter D. At Richmond you can see racing down low, high, or in the middle. Drivers can usually pass where they want, and they love to race at Richmond. The races at Richmond are night races, a favorite among fans. The best seats tend to be in the turns, but getting a ticket will be difficult. This track holds a drawing, or lottery, that handles the requests of tickets, most fans are happy to get in, no matter where they sit.

Super Speedways are the tracks that a fan goes to if they want to see some fast, really fast, cars. The speed on these tracks average around 180 miles an hour. Combine that speed with race car’s mere inches apart, and you are in for some excitement. For a track to be called a super speedway it must be larger that 2.5 miles and have high banks. These races require that the installation of a restrictor plate be installed atop each engine’s carburetor. This rule is an attempt to keep the cars less than 200 miles per hour.

*Daytona International Speedway in Daytona, Florida. This track is a 2.5-mile tri-oval. This is most famous on the circuit. Daytona is the home of stock car racing, and Daytona 500 is considered the Super bowl of Motor sports. A driver wants to win this race more than any other of the season. This track has a 31 degree banking in the turns, 3 degree banking on the straightaways, and a banking of 18 degrees in the tri-oval, or what racers call the front stretch.

*Talladega Superspeedway in Talladega, Alabama. This track is a 2.66-mile tri-oval. This track is said to be the cruelest, fastest, and biggest track on the circuit. At Talladega you can expect to see the “big one” as fans and rivers refer to a huge pile up of race cars. This track is a mirror image of Daytona International Speedway, only slightly larger. This track has a 33 degree banking its turns, and a banking of 18 degrees through the tri-oval.

*Atlanta Motor Speedway in Hampton, Georgia. This track is a 1.54-mile quad oval. This is a high banking track of 24 degree turns, and 5 degree straightaways. The drivers at this track go at cosmic speed. This track has been recently re-paved which allows the tires on the stock cars to stick to the track better, which gives the driver a sense of security.

*Darlington Raceway in Darlington, South Carolina. This track is 1.366 mile egg-shaped oval. This track is known as one of the more stubborn tracks to try to tame on the circuit. It is one of the oldest tracks and is Nascar’s original speedway. The banking on turns 1 and 2 are 25 degrees. The banking on turns 3 and 4 are 23 degrees. It is common knowledge that if you race at Darlington, you will find yourself smacking against the walls.

*Dover International Speedway in Dover, Delaware. This track is a 1 mile oval. This track has the nickname of being “The Monster Mile.” The drivers may sometimes act like monsters after a day of racing at Dover. The track is concrete and a bumpy ride. You can expect to see good racing at Dover. The banking is 24 degrees in the turns, and 9 degrees on the straightaways.

*Homestead-Miami Speedway in Homestead, Florida. This track is a 1.5 mile oval. This is where the season finale of the season is held. Fans pack into this track. The weather is usually good this far south in Florida, so you don’t have to wear the coats and gloves. This track has a banking of 6 degrees in the turns, and 3 degrees on the straightaways.

*Indianapolis Motor Speedway in Indianapolis, Indians. This track is a 2.5 mile almost rectangular oval. This track is called the “Brickyard” because its surface used to be paved with bricks. This track is the oldest track that is still in operation in the entire world. This race is always a sell out. The turns are at 90 degree angles and have a banking of 9 degrees with a flat straightaway.

*Kansas Speedway in Kansas City, Kansas. This track is a 1.5 D shaped oval. This new track is becoming a favorite of the younger drivers. All drivers love to come to Kansas because the garage facilities are some of the best on the circuit, and the track is smooth and doesn’t rattle their teeth. This track has banking of 15 degrees in the turns, with a flat straightaway.

*Las Vegas Motor Speedway in Las Vegas, Nevada. This track is a 1.5 mile D shaped oval. Drivers can race on the bottom, middle or top on this raceway because there is plenty of room. This gives them more room to maneuver and pass. This track has 9 degrees banking in the front stretch. 3 degrees in the backstretch, and the straightaway is modest 3 degrees.

*Lowe’s Motor Speedway in Concord, North Carolina. This track is a 1.5 mile oval. This track used to be called Charlotte Motor Speedway. Drivers love racing here because it is usually close to their homes. This raceway has 24 degree turns, and 5 degrees of banking on the straightaways.

*Michigan International Speedway in Brooklyn, Michigan. This track is a 2 mile oval. This is considered one of the fastest tracks on the circuit, and there is no restrictor plate rule at this track, yet. Drivers love to come here because the track is roomy enough for them on the straightaways as well as the turns. This track has 5 degrees of banking in the backstretch. 12 degrees in the front stretch, and 18 degrees banking in the turns.

*Phoenix International Raceway in Phoenix, Arizona. This track is a 1 mile oval. This track is known for its odd shape. It is still labeled an oval, but it is more like a reverse version of the letter D. It is easy to hit the wall at this track because the turns are tight. The turns have a banking of 11 degrees in 1 and 2, and 9 degrees in turns 3 and 4. The straightaway is flat.

*Pocono Raceway in Long Pond, Pennsylvania. This track is a 2.5 mile triangular shape. This track is different because it seems to have 3 straightaway, 3 corners, and different levels of banking throughout. Cars can reach up to 198 miles per hour.

*Texas Motor Speedway in Fort Worth, Texas. This track is a 1.5 mile oval. The drivers were not big fans of this speedway at first, but with the reconfiguration of the track surface and turns, it is becoming a favorite. This is becoming a modern facility and a favorite of the fans. The banking in the turns is 24 degrees, and the straightaways is at 5 degrees.

Road courses are probably among the least favorites of all tracks for the drivers. Though some drivers do exceptionally well at these tracks, most would rather skip the whole thing. The main reason is that road courses are simply that, roads. You can have hairpin turns, and right and left turns at all sorts of angles. A lot of gear shifting is involved on the road courses, and it is just not the usual oval shaped track that drivers prefer.

*Infineon Raceway in Sonoma, California. This track is a turning, twisting, dipping, hilly course. This track is 1.95 miles, and has 11 turns at different elevations.

*Watkins Glen International in Watkins Glen, New York. This track resembles an oval, with more right turns. It does not have the drastic hair pin turns like Infineon and is usually preferred of the two road courses by the drivers. This track is 2.45 miles with 11 turns. As you can see there is more to the Nascar Nextel Circuit then little circles that a driver just turns left in. It requires a driver that is athletic, who has quick reaction time, an ability to concentrate, good coordination and endurance. These drivers are tested weekly throughout the racing season on the diverse tracks of the Nascar Nextel Circuit. With the many tracks there is sure to be one near you. Let’s go racing!

Motor Sports: The Different Tracks of the Nascar Nextel Circuit